A few days ago we had the chance to send a questionnaire and ask The Allegorist some questions. The Hungarian-born artist released her new album, “Blind Emperor” on February 25. She explores a new and mysterious universe in it through speculative fiction, somewhere between techno and ambient; but without neglecting the voice, with a language of its own making. The result is a complex, overwhelming and profound album that tries to reconcile and take into account the opposites; with a serious and somewhat ancestral production, but that does not turn its back on a disturbing and full of uncertainty future.

Your new album, “Blind Emperor” sets a kind of apocalyptic world, with ominous synths, and some vocal work that sounds mystical and trascendental. I know that you prefer to narrate with music but, what can you tell us about this world that you were trying to represent?

The album Blind Emperor is about the journey, to fight for the truth of oneself, not to bend for the easy, and to find acceptance in the sacrifices and limitations. If you bend for the easy and give up your own truth, you might gain something out of it, but then you have also lost everything already. I think that you have to be in power to work towards your ideas, your truth while simultaneously letting yourself be guided by many elements like knowledge, feelings, and intuition. The right balance of all these elements will lead to the right thoughts, wisdom, and actions. I have explored and told these thoughts in an artistic work, the tale of the Blind Emperor, depicting the mysterious ways of life, musically in an epic, cinematic, choral, and ambient techno album.

Were you thinking about what it might be after death? Or just how you imagine our planet in a closer future? What do you think about death nowadays? How do you imagine it?

In my own personal experience if you are trying to explore something, it can be a helpful approach to analyse its opposite as well. By including opposite elements the broadband widens and opens up the full spectrum. If we ignore opposites we exclude a part of the same entity and valuable connections get lost.

I like to explore these contrasts and their balance in my art. I believe opposite elements cannot exist without the other, they complement and compensate each other. There is no light without darkness, no improvement without error, no sunrise without sunset and no life without death.

I’ve read some references about how you feel connected with the world and with the mystery of the afterlife. Do you feel your music is a way to express that enigmatic feeling in a way that is ambiguous but expectant? What is also the main reason to be of The Allegorist project?

I like to learn, to raise questions, explore possible answers, find hidden worlds, stories of others and to actually feel them too, to feel and share life. I have found that creative thinking and imagination is an amazing way to access all of those, to travel really far, to connect seemingly unrelated worlds and to express and share what is impossible otherwise. This is how I became, The Allegorist, an explorer of meanings via speculative fiction and a creator of stories told through electronic music and other media.

Now, can you talk tell us about that language that you self created, the “Mondoneoh”? How did this came up to you? Why?

I grew up in a little Hungarian town, and for a long time I didn’t speak foreign languages. I dealt with it that whenever I have heard popular songs, I just imagined what they have meant based on what the words sounded like or formed my own idea what it meant to me. When I started to make music I was living in Berlin. I didn’t yet feel comfortable with my German and Hungarian didn’t felt relevant anymore as it wasn’t part of my daily life. I also didn’t really speak English at that time.

The obvious decision would have been English and I could have forced myself, but it didn’t feel right to me to choose a language just because it is popular and dominates the musical landscape. I wanted that my music speaks to everyone the same way.

By choosing a specific language inevitably comes a cultural reference as well and I wanted to avoid a sort of ranking of languages and make my music accessible to everyone equally.

First I just tried to make sounds that would express my feelings and the story I was about to tell in the most authentic and natural way, as if the human race would have no languages. I have also opened my soul to use the vocals as a hub, connecting with other spirits, as an instrument of the universe.

Soon I have realised that it all comes so natural to me, the muttering of faraway and cryptic words, the cries. I’m baffled, that whenever I try to alter them, because I think they sound silly, how I’m not allowed to. Because if I would alter them, they would loose their meaning. When I’ve realised a certain pattern and that the worlds form a language together, I’ve chosen the name ‚Mondoneoh‘ for my fictional language.

I put together the name from three elements. The first is ‘MONDO’, which means a collection of dialogues between a pupil and a Zen Buddhist teacher, designed to obtain an intuitive truth. The purpose of ‘NEO’ is to update values, which transcends the hierarchical, gender-biased, outdated aspects of traditions, to one equal and diverse community. The letter ‘H’ symbolises a bridge between past and future, dark and light, yin and yang, the micro and macro, nothing and everything.

Also, you’ve talked about the idea of taking elements from the past to create a different kind of future. A better future. Which elements from other times drive you inspiration and why? I feel a strong scandinavian or nordic vibe to your compositions. Can’t stop thinking “Blind Emperor” has something of the Valhalla, but not retrospective or nostalgic, just a way to represent a fictional time, like an uchrony.

I try to take in as much information about various fields of science, history, different times and cultures, stories of others and my own as possible, and create diverse worlds. That is just one part of my process, as I believe that to truly understand something you also need to let it in and actually feel it. So I’m not limited to absorbing informations but also ‚matter‘ and ‚energies‘ in a spiritual way.

My new track Moving Forward is about the constant effort to move forward, to learn and grow, drive never giving up. Moving forward can be anything, no matter how big or small the steps are. Sometimes we move forward when we take a step back or don’t move at all. Moving Forward is in our heart, the burning spirit that is alive and keeps us going. The approach to be and stay truthful, to hold on to things that are worth it, no matter how hard. And to be willing to give up on those, which are not. Even if they appear shiny on the outside.

There is a feeling of perpetual return about the way you explain how empires must fall to let others grow out of their ashes. Do you think that we are, nowadays, at a time of big changes or an inevitable cataclysm? Why?

Here is the full poem I’m going to talk about.

“For one empire to rise, another must fall.
For us to reach the highs, through dark holes we must crawl.

For the vision in the deep, we need,
we sacrifice and bleed, to make the leap”

I like to create and tell multilayered stories, fleshed-out worlds which straddle sci-fi and fantasy and with those tales to explore a philosophical theme. In the poem ‚‘The Sacrifice‘ I use the empire as a metaphor for the status quo we sometimes have to challenge more for a vision and growth we desire and need. In the second sentence I talk about the same dynamic on micro scale of an individual. We like to think of resources any kind as endless, but I believe nothing really is, and there is a price for everything. And because of this to make decisions and sacrificing one thing over the other are inevitable.

So how do you compromise with our time, being aware of the difficult things that we are facing?

With hope, which I’m often addressing in some form in my art. On my latest album ‚Blind Emperor‘ the track ‚Redwinged Phoenix‘ is about hope. In this track I’m telling the tale of a transformation, that can only come through the experience of hard battles. It is not easy to remember where we are going when we face hardship, but our red wings grow in the flames, forging us like a blacksmith and we can arise from the ashes once more.

How does music (not just your music, also the music that you listen to) help you in your daily life? Does it make you self aware or does it solace you?

In my personal life I try to avoid noise pollution as much as possible and also don’t listen to music in the background. As a music producer I’m exposed to a lot of sounds constantly and it’s important to me to keep my ears fresh, receptive, hungry and my spirit clean.

If I’m listening to music it’s always conscious and an active action. Usually I’m looking for more than just pleasing sounds. I’m interested in an experience, a connection, a story, a forgotten historic event, an ancient wisdom, a message from another time, an intimate and personal conversation with a friend or a feeling we can share with each other what cannot be told or expressed otherwise.

I feel like speculative fiction kind of helps us to imagine a world that we can create or transform, do you feel it the same way? When and how did you realized about it?

Sometimes I like to ask myself are we even capable of imagining worlds that don’t exist? What if those worlds actually exist and in our imagination we only remember past or future lives in other universes? We claim to know so much, when we actually don’t.

If we think about speculative fiction as an imagination of their creators I like to see it as a way of exercising thinking. There is so much potential and power in creative thinking and imagination, because of its ability of connecting seemingly unrelated, distant thoughts and ideas.

But, knowing that most of the people is just trapped at the Capitalist Realism, What else do you think that the world needs to unite? To be aware of the interdependence of all the creatures and the necessity of taking action?

In my art project The Allegorist I follow a holistic approach. I believe that accepting and establishing connections in various ways is a valuable way of thinking, appreciating existence and key to the sustainable survival of the human race.

At the end everything becomes in a way a political and sometimes there is no other way but to take stand. Nevertheless I think it is important to keep in mind that art practised in an honest way should be a free space to everyone, a shelter and an accessible encyclopaedia, for as long as it is possible. So it can outlive systematic failures in history of the human race of a certain ages and be remembered as a pure effort of dedicated people, be a reminder or a message and protect and honour the memory of a certain time, culture, story, feeling or experience. The responsibility of art stand by not fading. 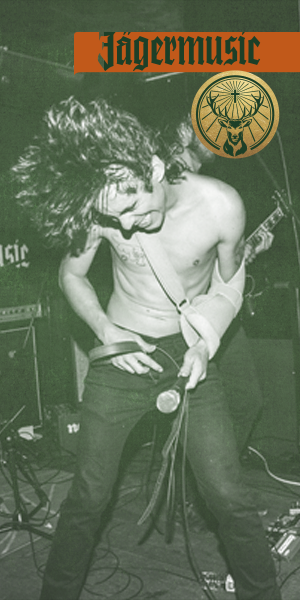 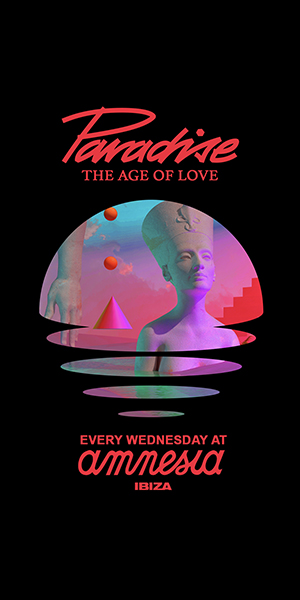